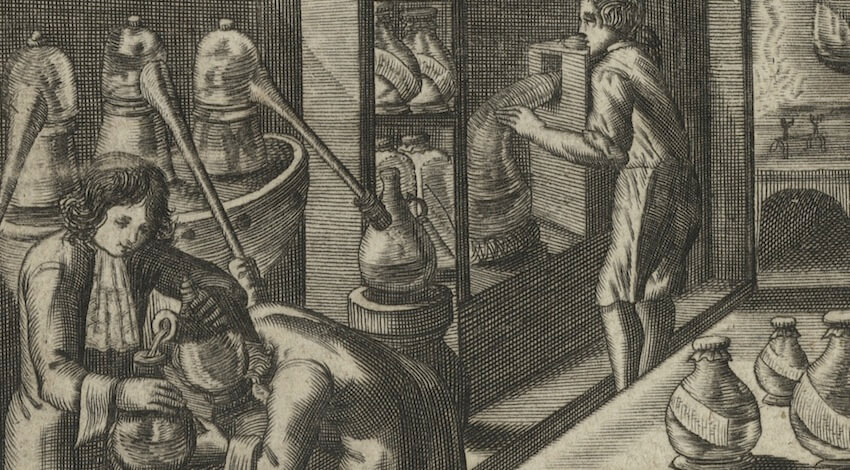 My dissertation Fluid Matters argues that at the turn of the eighteenth century new research methods and instruments crucially changed the perception of bodily fluids, and that this contributed to a new system of medicine. I defended my dissertation in June 2018 in Groningen. Read here a summary of its main arguments per chapter. Enjoy!

For centuries physicians had based their knowledge on the ancient humoral pathology, which had its origins in the writings of Hippocrates and Galen, and was further developed in the medieval period by scholars such as Ibn Sina (aka Avicenna). Humoral theory proposed that there were four bodily humours – blood, phlegm, black and yellow bile – which needed to be balanced in relation to each other to sustain health. Blood regularly expelled via nosebleeds, haemorrhoids, menstruation, or surgically by phlebotomy, to sustain the humoral balance.

In the Renaissance, however, physicians started questioning humoral theory. While some progressed learned medicine by emulating the ancients, others protested against the establishment of Galenic medicine. Most notably Paracelsus presented a rival model based on three primary substances of salt, sulphur and mercury, envisioned disease as having external causes, and presented a new set of more drastic remedies that included mercury, antimony, and arsenic.

In the seventeenth century, Galenic medicine received another blow when René Descartes reduced bodily processes to motion and mechanical actions. In the early modern period, in other words, new observations and theories of the body transformed the ways in which physicians thought about the functioning of the healthy, living body.

But while Paracelsian and Cartesian theories had completely dismissed humoral theory, Herman Boerhaave and other physicians developed a new appreciation for the fluids. Indeed, at the turn of the eighteenth century, the application of new instruments and methods to bodily fluids led to an extraordinary set of changes which reinvented ancient humoral theory and established a new and irenic physiology of the fluids.