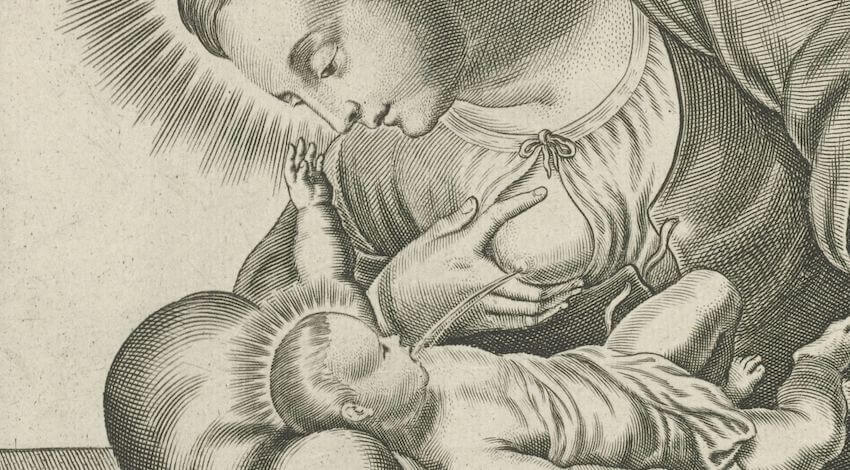 Chapter 4, ‘Crying over Spilt Milk’, reveals that the renewed interest in and reconsideration of the fluids also occurred outside academia, in particular the household.

Milk presents one of the most important and praised fluids of the body, because breast milk – both, symbolically and materially – represented the intimate mother-infant relationship. Yet the practice of breastfeeding was never self-evident or static, because the assistance of wet nurses and hand-feeding was popular practice across early modern Europe, for reasons of necessity or convenience. Historians have already paid much attention to contemporary debates on the drawbacks and benefits of breastfeeding by mothers and nurses, but this chapter explores the role of physicians and apothecaries, authors and mothers in this matter.

Throughout the early modern period physicians published moralising texts to point mothers into the direction of maternal breastfeeding. I argue that in the eighteenth century, chemical experiments on milk supplied Dutch physicians with new arguments for emphasising the exceptional nutritious qualities of milk in general, and the importance of mother’s milk for the health of the infant in particular. Herman Boerhaave, for example, perceived the apparently mundane and white fluid as a confluence of major physiological functions: secretion, digestion, nutrition, and maturation. Furthermore, stimulated by the programmes of learned societies, physicians, surgeons, and apothecaries were increasingly involved in the evaluation of galactagogues, the substances stimulating and inducing lactation. While herbal drugs continued to be consumed by mothers experiencing problems with breastfeeding, mineral drugs were dismissed as spurious, and galactagogues based on animal products, such as cow’s milk and cheese, actively encouraged. Instrument-makers even introduced lactation technologies such as milk pumps to the market.

Although it appears that many parents at the time continued to make up their own minds about the nursing of their child, this chapter demonstrates that Dutch medical men invented innovative instruments and employed various strategies to promote the importance of milk and breastfeeding.