Blood: From Humor to Hematology 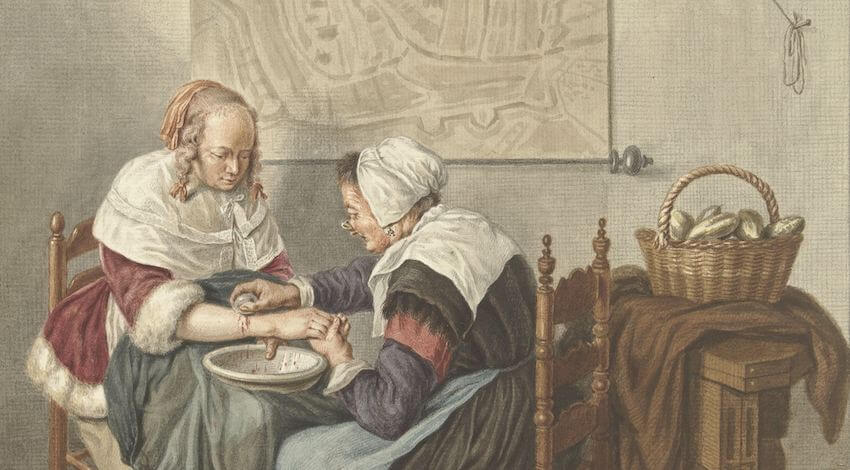 Today blood can be defined simply as the red liquid flowing through the arteries and veins of humans and other animals. But in early modern philosophy and science, blood acquired many different meanings: it transformed from being one of the four cardinal humors – believed to determine a person’s physical and mental qualities – into a raw material which was treated, studied, measured, and investigated. With the development of new methods and instruments, this vital fluid also came in a variety of shapes and sizes: it came to be understood as globules, as consisting of chemical elements, as having various temperatures and weights. Although medical treatments like bloodletting were slow to change, blood itself underwent a major revolution as the result of long and uncertain endeavors of study and experimentation. And considering the discovery of blood circulation as well as the development of hematology and blood chemistry, blood serves as a significant case study for the history of the scientific revolution. This article will discuss these major developments in the early modern study of blood. 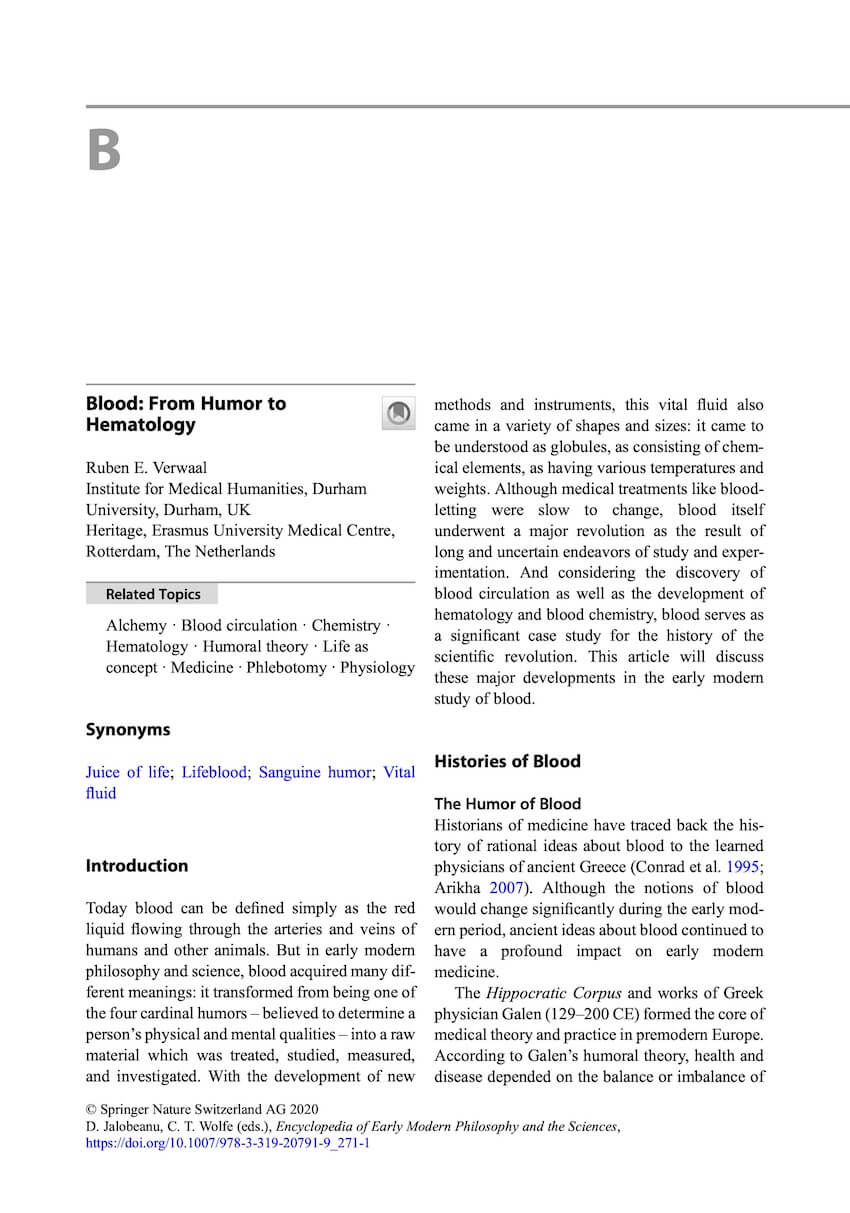