The biggest challenges in public health today are often related to attitudes, diet and exercise. In many ways, this marks a return to the state of medicine in the eighteenth century, when ideals of healthy living were a much more central part of the European consciousness than they have become since the advent of modern clinical medicine. Enlightenment advice on healthy lifestyle was often still discussed in terms of the six non-naturals – airs and places, food and drink, exercise, excretion and retention, and sleep and emotions. This volume examines what it meant to live healthily in the Enlightenment in the context of those non-naturals, showing both the profound continuities from Antiquity and the impact of newer conceptions of the body.

This book chapter contributes to current historiography by looking at lactation and women’s health. It considers those mothers who struggled with lacteal disorders and sought therapies that were devised to remedy a shortfall or surplus of breast milk. Medical books, lectures and essays reveal that while physicians and women might disagree on the kinds of therapies best used to treat mothers with lactation disorders, they unanimously agreed on the principle of balance between the retention and excretion of milk. Furthermore, as the ancient concept of the six non-naturals remained important far into the eighteenth century, the physiology and pathology of mother’s milk was increasingly understood in terms of chemistry. 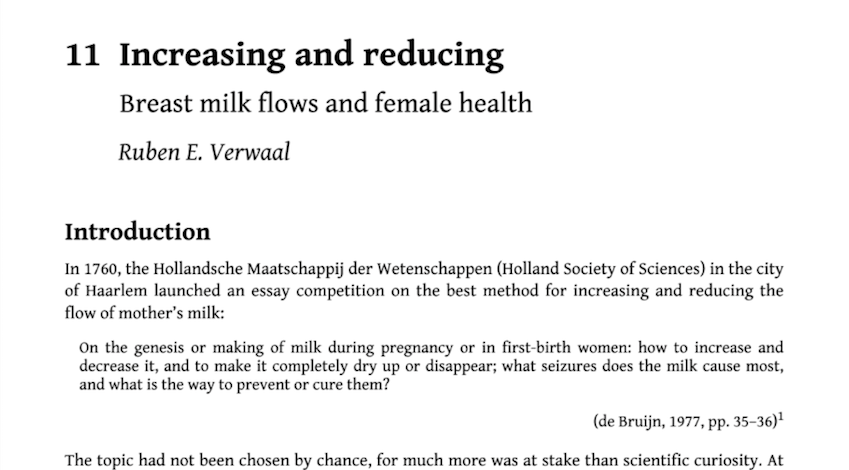