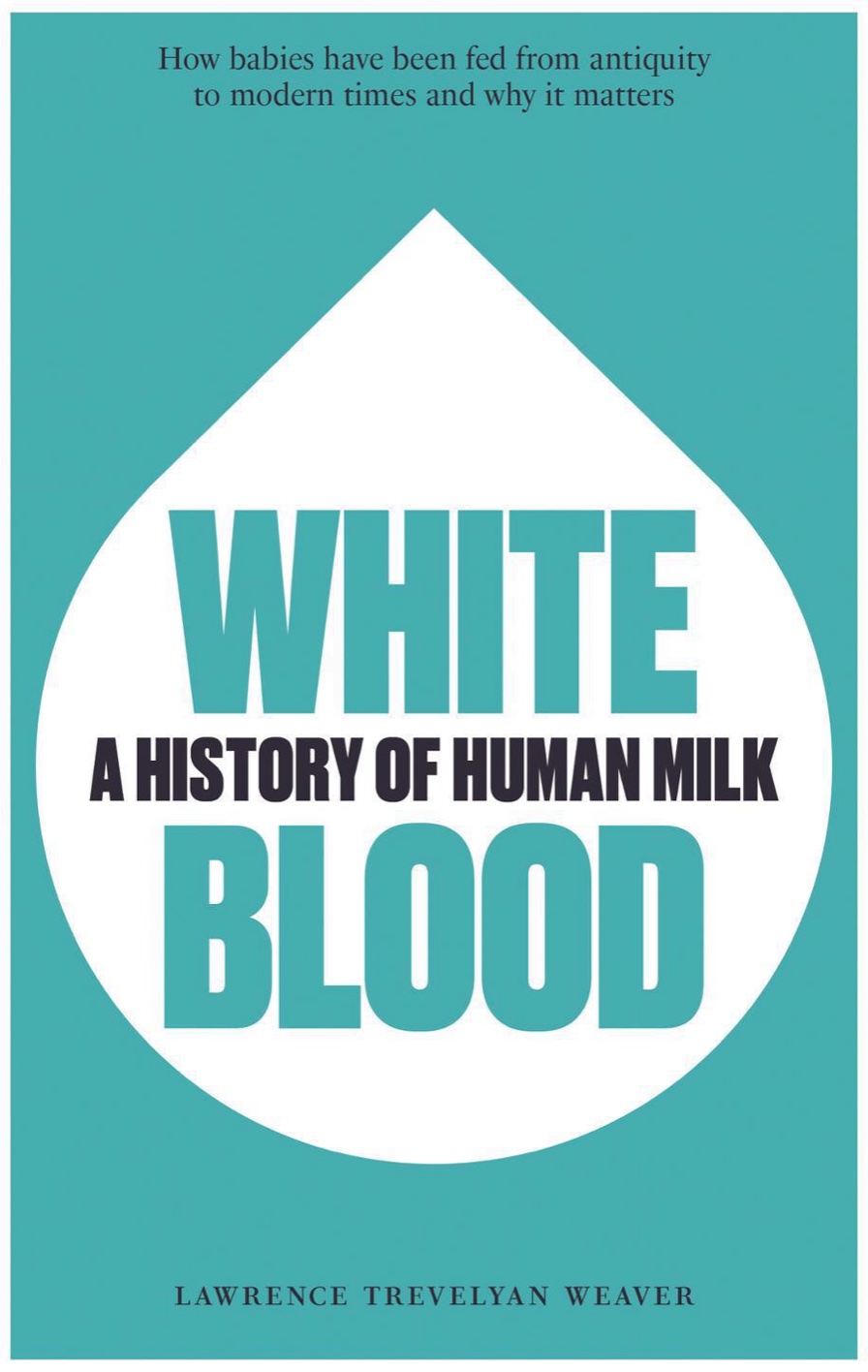 “While humans have always breastfed their newborn, they have also found creative ways to supplant mother’s milk with alternatives – sometimes successfully, sometimes to the detriment of infants. Professional expertise and personal fascination with the topic encouraged Lawrence Trevelyan Weaver to produce this volume about the medical history of human milk. As a paediatrician, nutritional scientist, gastroenterologist, and medical historian, Weaver is perfectly suited to discuss the topic for a general audience.

“Admittedly, White Blood is not the first book on the history of milk, breast- and bottlefeeding. But it is the recent debate on breast versus bottle that Weaver wishes to put into historical perspective. Besides relying on the most recent scientific insights concerning milk, he looks at how babies have been fed from antiquity to the present, and in the process demonstrates people’s shifting ideas about milk and concerns about babies’ health and nutrition. The feeding of infants has always been heavily dependent on cultural practices and symbolism, which is a useful insight for people today.

“Chapter one outlines the four central themes recurring throughout the book: the vitality of human milk, transformation or transmutation, reproduction and nutrition, and morbidity. In chapter two, for example, dedicated to Antiquity and the Middle Ages, Weaver discusses all four themes. He first explains how Clement of Alexandria and other authors conceived of milk as transmuted blood. This is followed by an explanation of the internal workings of the humoral body and physicians’ concern with breastfeeding, wet nursing, and weaning. The final theme in this chapter is the lack of sufficient milk, the ailments of children due to mal- nutrition, dietary prescriptions for wet nurses, substances that promote lactation (known as galactagogues), and other treatments and medicines.

“The same four themes underlie the discussion (in chapters three and four) of the intellectual framework of Renaissance alchemy and seventeenth-century natural philosophy. Referencing Paracelsus, Sennert, and Harvey, Weaver shows how human milk was at the heart of human generation and nutrition, in the concoction and metamorphosis of blood into milk in mothers, and the digestion of milk into blood in babies. While lactation and nutrition could be understood either as a series of chemical processes, or as corpuscular fluids in hydraulic machines, cultural representations remained strikingly similar. Many pictorial and poetic representations, such as the Madonna lactans, focused on breastfeeding as an expression of charity and care. Furthermore, many were convinced that the moral qualities (and diseases) of nurses could be transferred via the milk to the baby.

“The second part of the book (chapters five to eight) departs from strictly following the four themes, focusing instead on the social and political concerns surrounding infant-feeding since the late eighteenth century. Institutionalisation is a key theme in Weaver’s discussion. Due to poverty and disease, maternal breastfeeding often proved impossible, and newly established foundling hospitals necessarily resorted to wet nursing or hand-feeding paps and porridges. In the nineteenth century, bureaux de nourrices and dispensaries provided mothers with instructions and clean, pasteurised milk. Weaver also discusses developments in the medical profession, with man-midwives or accoucheurs, surgeon-apothecaries, and paediatricians entering the stage, not always to the liking of midwives. The position of wet nurses was increasingly undermined by public campaigns against their employment, and exacerbated by the chemical production and commercial exploitation of artificial feeding. Finally, Weaver analyses the rise of specialised paediatrics and clinical practices, particularly the weighing of babies as an indication of infant health and mass surveillance. The medical profession, health policy makers, and parents have long put their faith in scientific evidence.

“Weaver clearly explains the various medical contexts in which human milk was understood throughout the centuries, from humoralism to paediatrics and biotechnology. To do so, he includes beautiful illustrations and frequently cites the writings of representative figures. These figures, it must be said, are predominantly medical men. The plight and personal experiences of mothers who were breastfeeding (or unable to do so) could have received more attention, because their health and well-being were crucial in decisions about what infants were fed.

“Nevertheless, Weaver has written a captivating medical history of breastfeeding and infant feeding that will be of particular interest to curious parents, fellow paediatricians, and interested health professionals. While Weaver himself firmly stands in a long line of physicians preferring the “richness and perfection of human milk” (p. 257) over artificial feeding to meet the requirement of babies, the book offers a well-balanced and enjoyable account. White Blood makes for excellent reading and encourages reflection on the long history and changing opinions about artificial feeding and maternal milk. And this is all the more appropriate, because the debate about the pros and cons of “breast and bottle” is likely to be an eternal one.”