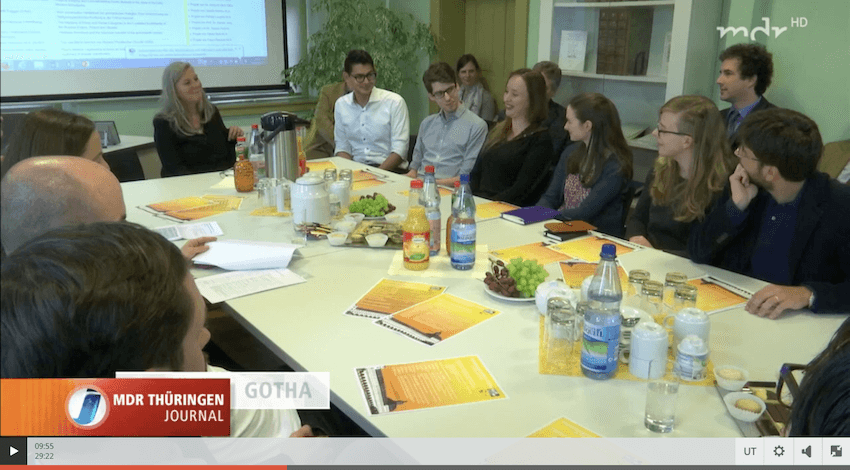 It was used on woman’s breasts to withdraw milk. Its sucking power could force out this opaque-white fluid from the smallest nipples and most obstructed mammary glands. Thanks to this device, mothers could feed babies more efficiently than ever before. The “Brust- oder Milchpumpe” was the latest innovation in 1770s, developed by George Wilhelm Stein, court physician and professor at the Collegium Carolinum in Kassel. But in a time when it was not at all fashionable to breastfeed, why were physicians like Stein interested in developing milk pumps?

Currently I have the honour and pleasure to work on milk and breast pumps as Herzog Ernst Fellow at the Gotha Research Institute, University of Erfurt (made possible by the Fritz Thyssen Stiftung). Gotha is a lovely town in Thüringen, Germany, and it has one of the biggest castles which houses three museums, a theatre, church, restaurant, library and research centre. On Tuesday 4 April, all Herzog Ernst Fellows were warmly welcomed by in Gotha and the Thüringer Allgemeine reported about it.

The aim of my Herzog-Ernst Scholarship is to examine debates on breastfeeding and the nature of mother’s milk in Enlightenment Europe. Early modern mothers did not like to breastfeed. Many young mothers did not produce enough, suffered from sore nipples, or they wanted to be liberated from this time-consuming practice and fulfil their social and sexual duties. Yet on the basis of medical and chemical studies, physicians were passionately convinced of the benefits of milk and maternal breastfeeding. I will argue that 18th-century physicians developed new strategies to remedy this widespread antipathy against mother’s milk. Besides applying rhetoric in poems and popular how to-books, doctors promoted maternal breastfeeding by developing new galactagogues (drugs that increased lactation) and innovative breast pumps. 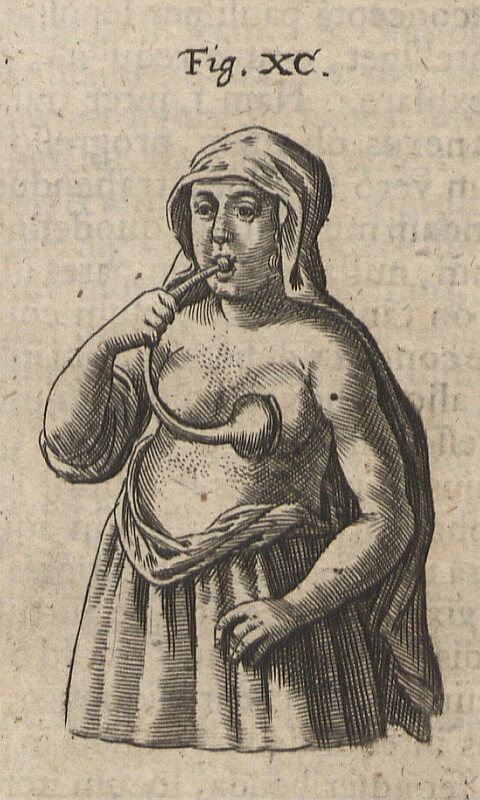 On 26 April I gave a paper for the Herzog-Ernst-Stipendiatenkolloquium, presenting my first research results on breast pumps in the eighteenth century. At the time, professor Stein was not satisfied with contemporary milk relievers and “Milchsaugers” (see above), because it required physical exercise by the mother. But seeing how his colleague Johann Gottlieb Stegmann was experimenting with the English vacuum pumps in his workshop in Kassel, Stein soon developed the idea to create a “Saugmachine” or ‘machine that sucks’ the milk mechanically. Stegmann went to work, took an ordinary breast glass, made an opening in the top centre and screwed on a brass cylinder vacuum pump. After some trials, he perfected the design with valves and seals; and the breast pump was born.

I have not yet found a case history of a women actually using this instrument, but according to Stein and Stegmann, it exceeded all expectations. The breast pump sucked and shaped the nipple, it drew milk from the breasts more suitably and more forcefully; and it was believed to treat and prevent lactation disorders such as milk fever, for the breasts were properly emptied.