Thanks to the Santorio Fellowship for Medical Humanities and Science, granted by the Institutio Santoriana, Fondazione Comel, I was able to contribute to the Humours, Mixtures, Corpucles conference in Pisa, 18–20 May 2017. My talk was about insensible perspiration, sudorific drugs, and the notion of sharpness in the early modern period.

In the early 17th century, Santorio Santori redefined the bodily phenomenon of insensible perspiration. Although it had ancient origins, Santorio introduced new instruments such as the weighing chair, thermoscope and hygroscope to measure the amount of perspiration depending on food and weather. The instruments and quantification would have long-lasting effects on medicine for the next 200 years. In the Dutch Republic, for example, many physicians commented on Santorio’s work and performed retrials with their own weighing chairs. One of them was Johannes de Gorter from the port town of Enkhuizen. He built on Santorio’s work by making his own measurements with new thermometers and hygroscopes.

In my presentation, however, I demonstrated that de Gorter also departed from Santorio in terms of physiology and pathology. Santorio’s De statica medicina (1614) reflected long-standing views on perspiration closely aligned to digestion, and health as balance of humours. De Gorter’s De perspiratione insensibili Sanctoriana-Batava (1725), however, the operation of the nerves and the nervous system became increasingly prominent in medical understandings of insensible perspiration. Based on new ideas of the internal physiology of perspiration, de Gorter was able to explain the pathology of diseases anew as well. In the case of catarrh or the common cold, he hypothesised that it was caused by the obstruction of perspiration and retention of nervous juice. This led to an internal sharpness, causing sores, phlegm running down noses, and mucus stuck on people’s throats. Based on this new theory, de Gorter prescribed sal ammoniac to let his patients perspire profusely and literally sweat out the disease.

The case of Santorio and de Gorter will be a important part of my PhD research and it was great to get the opportunity to present and receive feedback. I would like to thank once again Fabrizio Bigotti and Luca Maria Pedrotti Dell’Acqua of the Institutio Santoriana, Fondazione Comel, for granting me the Santorio Fellowship. 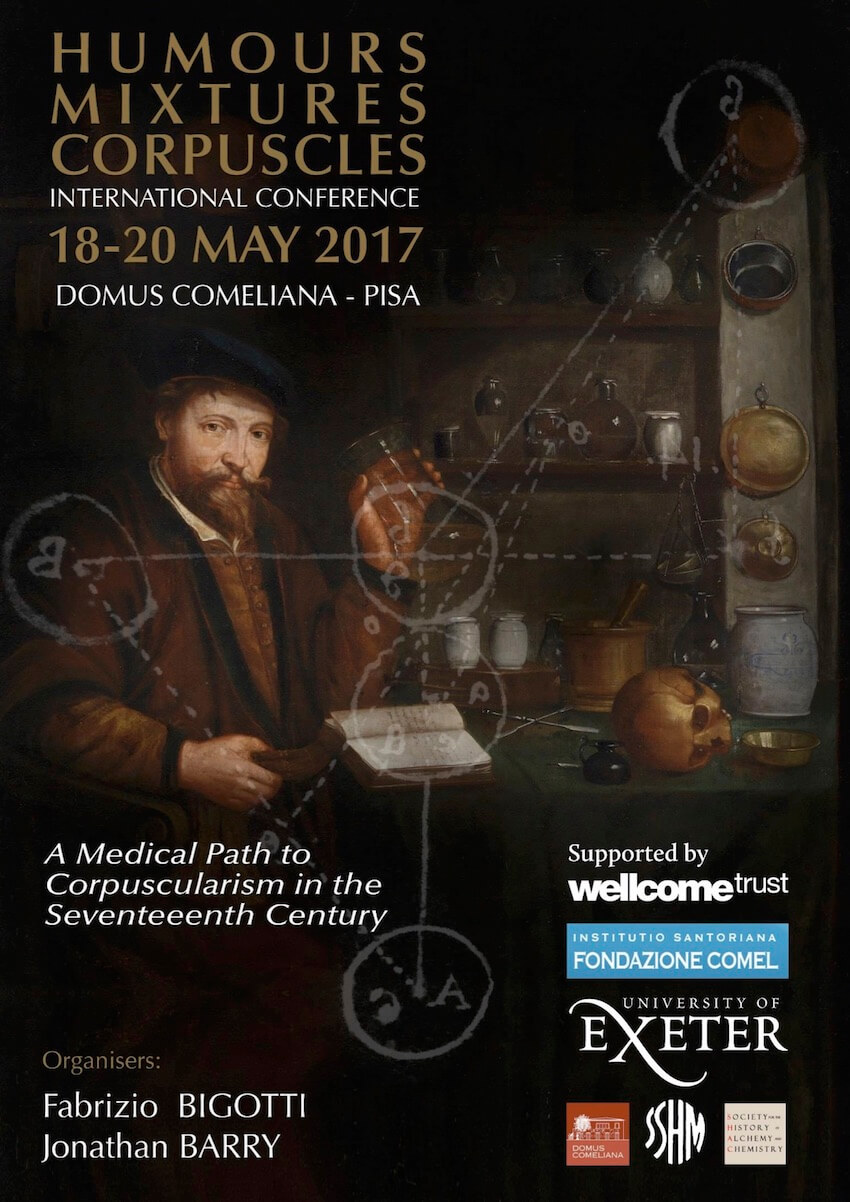